So, you’ve made the decision that you’re ready to travel. You’ve got an idea of when and where you want to go, but the big question looms; do you wait until your friends are ready too, or take the scary but exciting step and go it alone? The thought of travelling with people you know feels safe, and it’s nice to have that guarantee that you won’t be sightseeing by yourself. But as most people who have been-there-done-that will tell you, travelling solo can be anything but lonely. If you’re thinking of heading off on your trip alone but are feeling the nerves, here are a few reasons why it’s nothing to freak out about – and could be one of the best decisions you’ll ever make!

It Pushes You Out of Your Comfort Zone

The truth is, travelling with your best friend or group of friends is basically like taking a piece of home with you. In a way they’re like a security blanket, when the whole point of travelling is to get you out of that box, away from the familiar and away from what you know. A bit nerve-wracking at first, yes – but isn’t that what makes it exciting? By fully letting go and trusting your own instincts, you can feel a very real sense of accomplishment knowing that you’ve left that comfort zone behind. 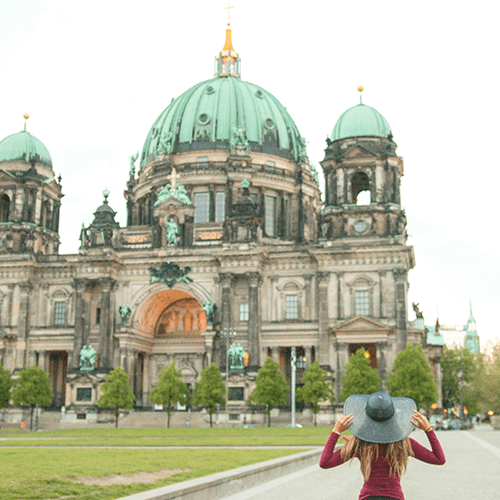 The Choices Are All Yours

Possibly the best part of travelling alone: you get to do what YOU want, with no compromises. There’s nothing worse than having to leave a city you’ve just fallen in love with, because your friend has decided they want to get to the next stop sooner; or missing out on a day of exploring, because your friend was too tired that morning. Being solo means you can stay where you want, for as long as you want. Book an extra couple of nights here or there – there’s no one to tell you that you can’t!

It Forces You to be More Social

It goes without saying you’re forced to make more of an effort to be social and make friends when you’re by yourself. For anyone who’s stayed in hostels before, we’ve all seen that one pair who are travelling everywhere together and seem isolated from the rest of the group. That’s simply because they know they have someone to fall back on. But by sticking only to each other, they’re closing themselves off to a potential crowd of new friends! Whether it’s on the bus, in your dorm room, or sitting in a common area, it’s a lot easier than you think to get to know the other people around you. You’ll be sightseeing with new mates in no time. 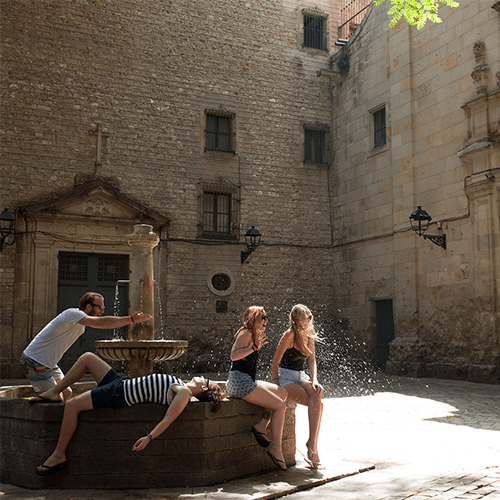 There’s no Strain on Your Most Important Relationships

Travelling with someone in close quarters for long stretches of time can be challenging, and can cause a lot of tension and arguments you wouldn’t normally have with your bestie. Of course this isn’t always the case – but being with one friend every day for weeks or sometimes months can be stressful, and on occasion tempers can get high. I met a girl in a hostel who told me she was travelling with her best friend for 6 weeks before they finally got fed up and agreed that their travel styles were too different, and decided to go their separate ways. Drama.

During your first week or so of travelling alone, you might feel a mix of anxiety and social awkwardness. It can be a shock to the system if you’re not used to going out and doing things all by yourself, especially in an unfamiliar environment. But it won’t take long for that to change! You won’t bat an eye at the thought of going on a café hunt with your new roommate, or a pub-crawl with a group you’ve just met that day. Pretty soon you’ll be a master of navigation, a pro at deciphering foreign maps, or at the very least have the confidence to go and ask locals for directions. 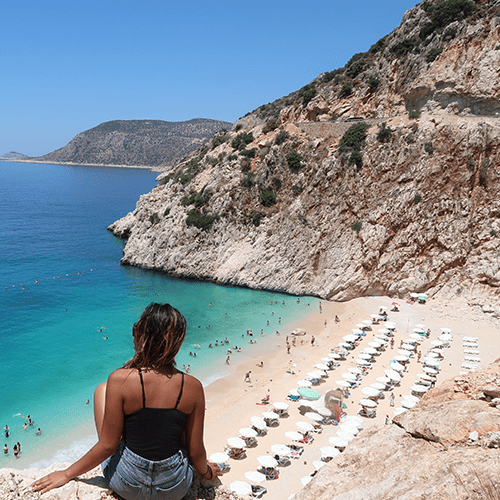 It Makes For a Better Reunion

There’s no better cure for the post-travel blues than finally getting reunited with your friends. Being apart for a while will just make you appreciate them even more, plus you’ll have insane bragging rights and a jealousy-inducing Insta feed to match. Share all your stories from your travels and you’ll no doubt have them planning their own trip for next season.

So if you’re on the fence about booking a trip because none of your friends are quite ready – make the decision for yourself and take the leap! You’ll be glad that you did. And for anyone a bit nervous about an upcoming solo adventure – don’t be. With all the people you’ll meet on the road, you might be travelling solo, but you’ll never really be alone.

You can experience all of this on our Hop-on Hop-off network. Check the website for more details!

Rach is a Kiwi living in London, and a Marketing Executive at Busabout. Obsessed with travel and all the incredible street food that comes with it.