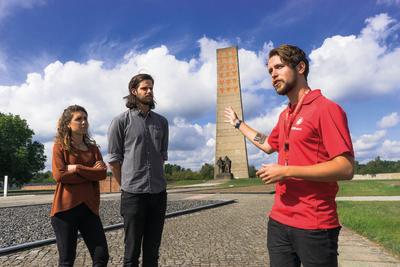 Sachsenhausen Concentration Camp, situated just outside Berlin’s city limits, held over 200,000 prisoners during the Nazi reign with tens of thousands perishing inside its walls. The camp became a school of brutality, used to train SS guards for work in other camps across Europe. After its liberation, Soviet occupiers took over the camp for a further five years and used it to house their political enemies. The Sachsenhausen Memorial stands today as a reminder of the darkest days of Berlin’s history.