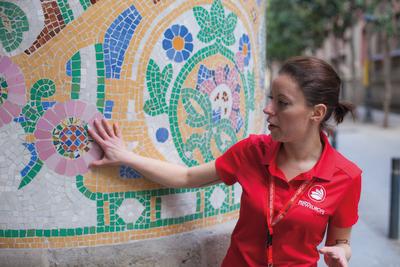 Antoni Gaudí’s incredible buildings are a monument not just to his distinctive genius but to the spirit of a generation. The 19th-century Catalan Renaissance saw the cultural rebirth of a nation that reached its peak with the Modernisme movement. Gaudí and his contemporaries took the spirit of the times and mixed modern techniques with traditional craftsmanship to enrich Barcelona.

The tour is much more than a series of photo opportunities (although don’t forget your camera!). We dig deep into the roots of the movement and explore the social unrest and political issues that the glossy guidebooks ignore.