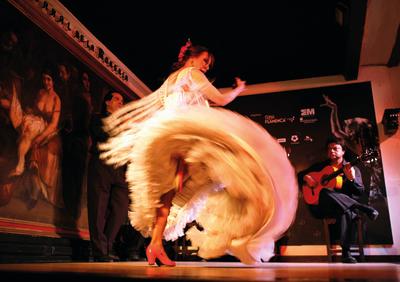 Corral de la Moreria is one of the most recognized flamenco establishments in Spain. The artistic director, Blanca del Rey, has received the National Flamenco Award, and at the Festival International de la Minas, one of Spain’s most important flamenco festivals, Corral de la Moreria received the prize for the Best Flamenco Tablao in the World. A fantastic show with traditional dancers in a traditional setting, it’s even listed in the book 1000 Places to See Before You Die. The show is divided into several different dances, accompanied by singing and live music. Includes one drink.