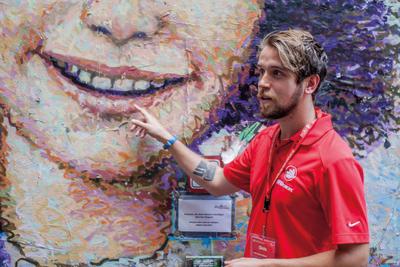 Stranded behind the iron curtain for nearly 40 years, West Berlin developed its own unique identity and became a magnet for non-conformists in search of an alternative lifestyle. Sub-cultures, squats, and graffiti became part of Berlin’s distinct style, and with the fall of the Berlin Wall the scene didn’t disappear, it simply moved east. Explore the gritty, grungy underground scene of the city that Berliners love! Witness the clash between corporate expansion & counter-culture.